The majority of corn, canola and soy products in the U.S. contain GMOs. You CAN avoid eating toxic genetically modified foods by refusing to buy products that are not certified to be organic and non-#GMO. Vote with your pocketbook at every meal. I encourage you to keep yourself updated with the latest health news and educate yourself about genetically engineered foods: http://articles.mercola.com/sites/articles/archive/2014/02/04/roundup-glyphosate-toxicity.aspx

A recently published article in a scientific journal made waves by concluding that genetically modified corn when fed to mice resulted in said mice developing tumours. Unfortunately for the author of the article his methodology was found to be completely lacking and the results unfounded.

The journal has since pulled the article despite protests by its author and from anti-GMO groups, many of whom proclaim involvement by Monsanto. 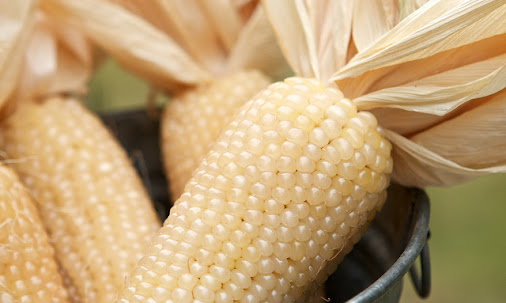 Is your favorite organic brand partnering with #Monsanto ? #GMO

Just read this… Especially if you have kids that like, eat food and stuff.

My kids do. And so are yours (hopefully). And I definitely don't want mine to eat Monsantos (or anyone else's for that matter) GMO crap.
Also I think there really should be more publicly available research on this matter, given the possible health problems… Like childhood obesity and childhood allergies.

I can't say it better than Dr. Åshild Krogdahl himself:

“If the same effect applies to humans, how would it impact on people eating this type of corn over a number of years, or even eating meat from animals feeding on this corn? I don’t wish to sound alarmist, but it is an interesting phenomenon and worth exploring further.”

Now those poor guys over the pond can't really choose anymore. In Europe, there is still a choice. So please don't give up on our children… Take some time and read more on the subject. And then try to help those politicians who still fight for the ban on GM products in Europe. Or the rest of the world. Just say no.

Via +glyn moody, thanks for sharing!

Why GMOs Aren’t Like Smartphones.
We all know that science is hard. Mastery of any new technology is the result of thousands of failures. If we didn’t try and fail so many ti…

Just how can anyone be so stupid? Even more, how can any member of any (non-corrupted) court look at this case and consider it even remotely OK to say, yeah you got it right Monsanto.

Now I would never officially go out and say something like, umm… Hey, can someone of you green people go over there and bomb those Monsanto morons back to the middle ages? Then go put some fine grass over it and make a golf course or something. I'd never say something like that really… I would't cry if someone did that tho…

Monsanto Wins Case Of Seed Patents; Planting Your Own Legally Purchased & Grown Seeds Can Be Infringing | Techdirt
We’ve written a few times now about Vernan Bowman’s legal fight against Monsanto, concerning patents over so-called “Roundup Ready” seeds, which Monsanto has patented. Here’s the quick version of the details from an earlier…